It is no denying that in recent years Leicester City Football Club have been blessed with perhaps the best football chairman ever: Vichai Srivaddhanaprabha.

There is no denying that his sudden passing has really hurt the football community and beyond. Over the past week or so support and condolences have been coming in from all over the world from football clubs, businesses, organisations, individuals, and other teams that would normally be considered rivals. There is a sense of togetherness in the air. A sense of calm. A sense of reflection perhaps.

And this is a true statement towards Vichai Srivaddhanaprabha and the kind of man he was. The world has near enough stopped and come together for this man. A man whom always seemed to go above and beyond what was expected of him but was also not afraid to make big decisions.

We could perhaps write an article solely dedicated to Vichai; his life and his times. However that is not my intention with this article. There are some key fundamentals to business and sales that can be taken away from Vichai’s strong example. In fact, I am confident that if many people mirrored and did business in the way that Vichai did, then the whole business world will be a better place.

In this article, I aim to share with you the Three business lessons we can all learn from Vichai, and how we can implement all of those into our own business lives. But before we do, let’s have a very brief background as to how Vichai Srivaddhanaprabha ended up becoming the third wealthiest Thai billionaire, and the most loved football chairman to ever grace the terraces.

Vichai started King Power, a duty-free retailer in 1989; choosing a small shop in downtown Bangkok as the starting point. He later set up a pick-up point for customers at Don Muang airport, Thailand’s international airport. This was the first time a private company selling duty free had been allowed a presence at the airport.

When Bangkok’s Suvarnabhumi airport opened in 2006. Due to his connections with Thai elites including Thaksin Shiniwatra, King Power were awarded exclusive rights to sell duty free. It was this move that led him to join the world elite super rich.

Of course, there is a whole history of King Power we could spend an eternity talking about, however for now, let us start the top three business lessons to learn from Vichai Srivaddhanaprabha:

According to the book, The Fairy Tale of Underfox, Vichai Srivaddhanaprabha had a lot of love for football. His passion was the Premier League and he fondly supported Chelsea. He bought a VIP box at Stamford Bridge and also bought advertising space at the stadium and supported them through and through.

There was an unfortunate incident during a 2005 UEFA Champions League game in which a security officer treated Vichai Srivaddhanaprabha very badly, and nearly hit him in the face with a scanner. Despite Vichai sending in letters to ask for an investigation and perhaps an apology, one was never received. So, he stopped supported Chelsea and said to his son; “one day, we will buy a team that can beat Chelsea.”

In 2007 Vichai Srivaddhanaprabha had meetings with Reading FC to discuss buying the club. During the negotiations Sir John Madjeski met with Vichai Srivaddhanaprabha and told him that it was unwise to invest in football. He told him that he did not know the industry and that he should not interfere with football. Madjeski told Vichai that he would not succeed. The hunt for a club went on.

In 2010, Leicester City reached out not looking for a buyer, but for a sponsor. During the negotiations for shirt sponsorship, having started to fall in love with the club slightly, Vichai simply asked Milan Mandaric if he wanted to sell the club. After some very quick negotiations, it moved ahead. On August 2010, Vichai Srivaddhanaprabha purchased Leicester City and became chairman on 2011.

The lesson here is to never give up. To remain persistent. So many times, in sales and business do we hear an initial ‘no’ to only give up and to withdraw and retreat to never be seen again. We see here that Vichai Srivaddhanaprabha never gave up. He got told by football owners to not bother buying a club as he would not succeed. Many would give up at this stage and back down, but Vichai kept his vision in mind and kept knocking on the door.

Perhaps in your sales or business life you can see examples in which you should keep going just one step further? If you can, don’t ever stop until you hit a brick wall.

Going Above and Beyond

Vichai Srivaddhanaprabha knew how to give back, how to spoil people, and how to amaze those around him. He has become known for his generosity and his desire to support others even when he did not need to. When Leicester City won the Premier League, he bought 19 players a BMW i8 each to the cost of around £100,000 per car! He donated millions of pounds to local charities including a £2million donation for a new children’s hospital in the city. However, there were also the small donations too that seemed too good to be true. Beers, pies, doughnuts and other gifts were often given to fans and visitors to the club; all for free! This comes in a time when every other football club wants to charge extortionate prices for cheese and chips!

It is all these random acts of generosity that has really captivated the hearts, minds and souls of staff members and fans alike. He never wanted anything in return; he did it just to see the smiles on people’s faces.

As sales professionals we would call this ‘adding value’. You should know by now I have a strong determination towards going above and beyond for customers and to always treat customers with the utmost respect; after all, without customers do you have a business? And Vichai Srivaddhanaprabha did this perfectly. He treated people, not to manipulate, but to thank them. He wanted to show his gratitude and to look after and to care.

Do more than what is expected of you; and always show gratitude.

Do you remember what Vichai Srivaddhanaprabha said when Leicester City won the Championship to return to the Premier League? Vichai told reporters in Thailand that Leicester will break into the Premier League’s top five and bring European football to Leicester within three years. Everyone laughed! No one could quite possibly believe that statement. But one man did. And look what happened just 2 years later.

It seems that Vichai Srivaddhanaprabha was always thinking one step ahead, planning big things and putting things into motion well before anyone else could foresee them. We are now sitting on plans for a new training pitch and a stadium expansion.

We all must always remain ambitious and set scary plans for ourselves. Without goals, we are just running on a never-ending treadmill; never knowing when it will end. We are only limited by our own imagination, and our own ambitions. Vichai Srivaddhanaprabha had a wonderful way of thinking big and working hard to achieve those visions.

Perhaps in your own business life, and personal life too perhaps, you can let go of the barriers holding you back and drive yourself forward.

To Vichai Srivaddhanaprabha; you allowed a whole City the chance to dream. You allowed us to live in that dream. You saved us.

There are a lot of business lessons I will certainly be taking from you and put to good use. Thank you, Mr Chairman. 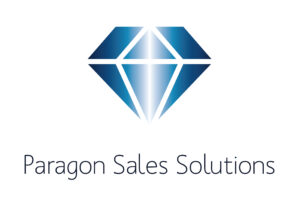 We cater for any size business, and what makes us stand out is that we truly care. Our services can be catered for your business and our sales professionals will work tirelessly to ensure your sales targets are met. Be sure to visit our website for more details on how our sales solutions can help your business.